The patterns shown below were all limited edition patterns that we have offered over the past years at Saltwaterflies.com, but which are no longer available. It should be noted that all of the saltwater flies that we sell are crafted by hand, and are often in limited supply. We have archived these flies here just for fun, and as a reference for anyone who might wish to tie some. 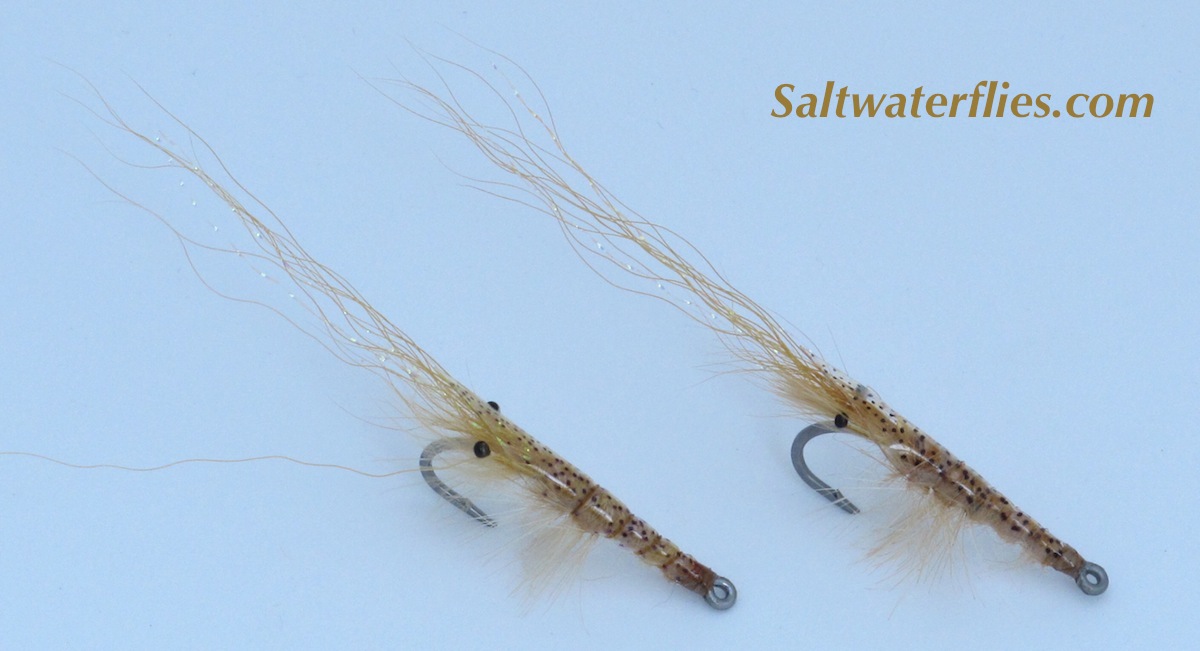 Glen Mikkleson's "Skeeter"... a fine little fly to fish for stripers, bonito, or false albacore feeding on small baits.
This tiny epoxy fly is just about two inches long... great for imitating small silversides, bay anchovy, rainbait. The wing is Bucktail and Krystal Flash, the body is acrylic or epoxy over tinsel braid.

The Bony Sand Shrimp Bonefish Fly... simple, sweet little bug for fooling bones. Tail made from Craft Fur, with a body made of Enrico's "Foxy Brush" in the 1.5 inch size. 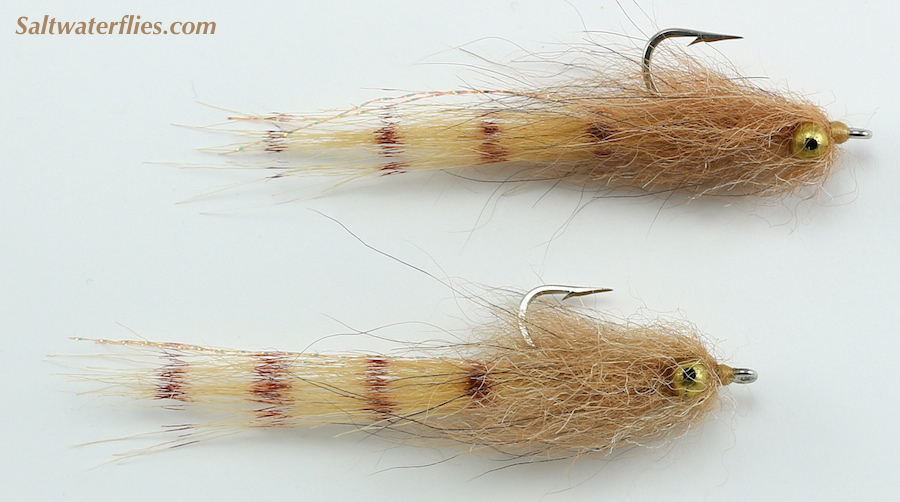 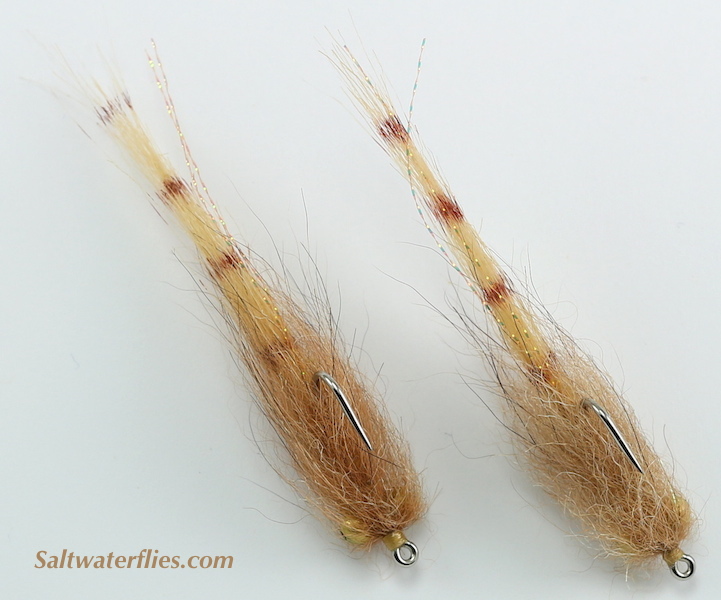 Bill Couch's "EC Baitfish" are some really nice deceiver-style baitfish imitations that we used to offer. All styles are sold out. 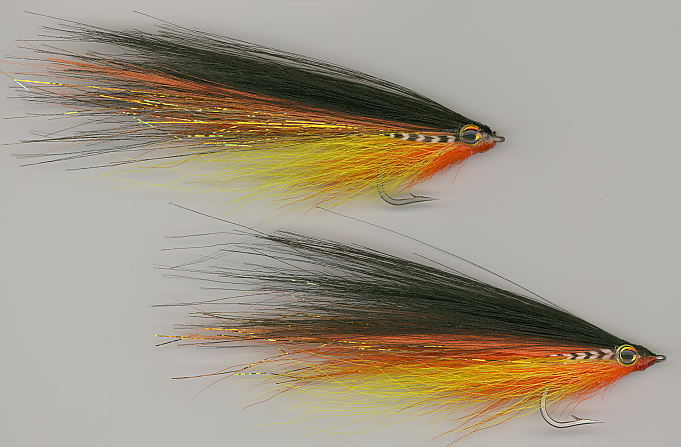 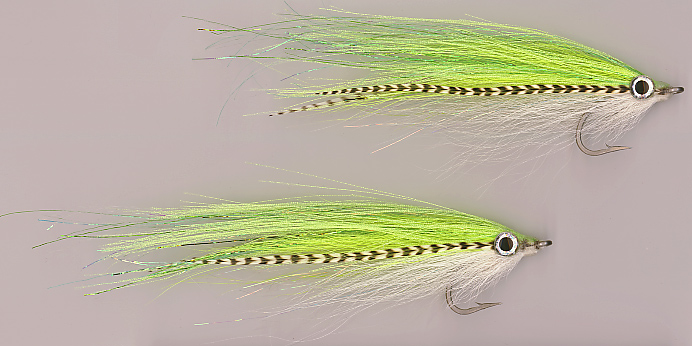 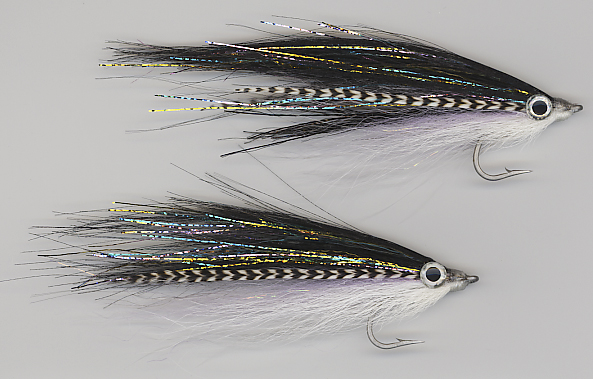 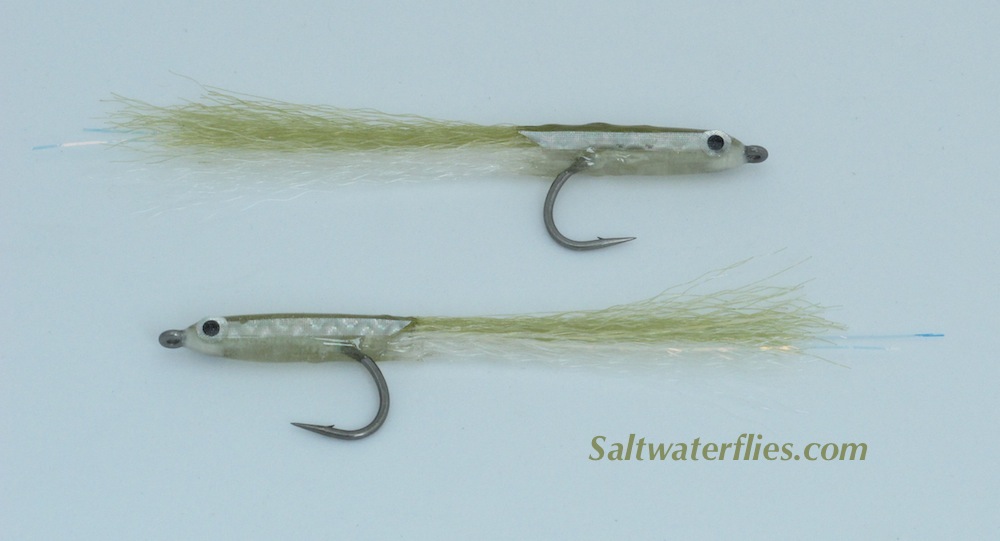 Scott's Silversides is a perfect imitation of a Silversides, a top quality fly tied by a master craftsman! This fly has been featured in many publications over the years, and is often referred to as simply the "Scotty Fly". A deadly fly for striped bass, false albacore, snook, baby tarpon, and more. This is a classic surf candy style epoxy fly, very nicely tied. 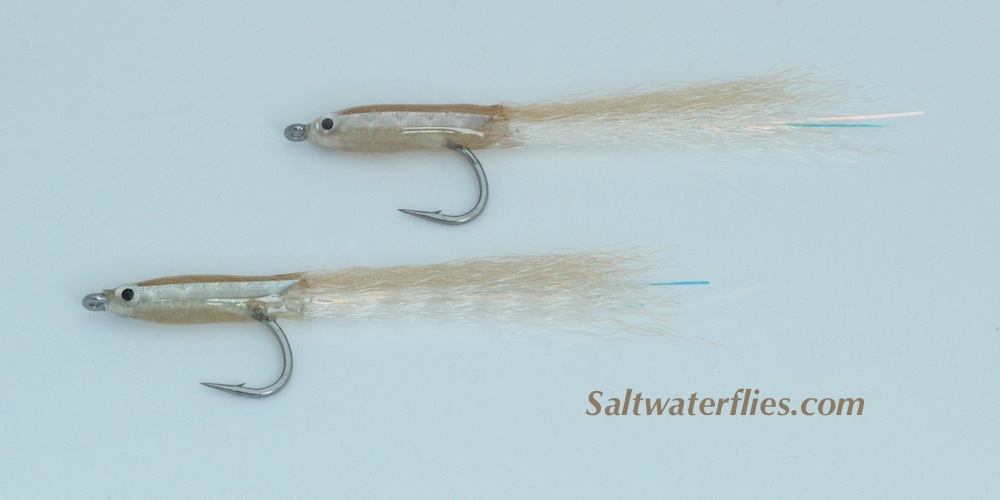 We can help you to choose a fly selection for your needs.
E-mail us at cwindram@SaltwaterFlies.Com.